Like other gaming consoles, Nintendo Switch comes with handheld controllers called Joy-cons, which can also be attached to both sides of the Switch and support handheld gaming input. This gives the Switch gamers the experience of analog sticks, tactile feedback, motion sensing, etc.

Are you facing overheating issues on your Switch?

Here is an article that might help you – How To Solve Nintendo Switch Overheating? The Switch is not only a home console but is a versatile gaming console. It also is a handheld console, and it remains prone to regular wear and tear.

Without proper protection toward the screen, it can also be damaged due to other reasons. Some if actually being kids accidentally stepping or sitting on it.

So if you are looking best Nintendo Switch Screen Replacement, here are a few of them that will help you out –

If you are looking for Nintendo Switch Touch Screen & Digitizer, it should not cost you above $50. Thank got screen replacement for Switch doesn’t cost a ton.

Cocotop Screen Replacement parts are one of the best. It matches the original Switch display quality and is easier to replace your old display. Keep in mind while ordering, Cocotop sells Touch Screen & Digitizer separately. So, be sure to order both of them.

I’ve used this screen replacement without an issue.

If you want an alternative to Cocotop – look at TOMSIN LCD Display Screen and Digitizer Touch Screen Replacement.

How To Replace Nintendo Switch Screen?

Nintendo Switch Screen can be easily replaced. If you are ordering the screen, then it would be a DIY kind of process.

Most of the time, you would have the replacement tools, or some of the sellers would pack the screen replacement with additional tools that would help replace the screen.

Step #1: Unscrew the screws with the help of a screwdriver. These screws are located at the back and the sides.

Step #2: Take the back panel off. Again unscrew until you can take off the metal back.

Step #3: Take the connections off the motherboard carefully. These are like lego’s, which can be taken off easily.

Step #4: Now that you have taken off the connections from the motherboard. Now you will have to use the prying tool to reach the screen.

Step #5: When you reach the screen, you can take off the screen.

Step #6: Attach the new screen. Use the new adhesive to make it stick properly. You are Done. You can only use the share button on the Switch to either take screenshots or small gameplay captures.

Capture Cards for Nintendo Switch can be used to stream live from your console. Or to capture the gameplay without having to waste storage on the device. Capture cards help you to store all the captured footage on the Switch directly to your PC.

Internal Capture cards are the ones that attach directly to the CPU. You would not be able to use it as an external capture card, nor will it support Laptops and Macbooks. It would be tough for you to carry these capture cards.

There are several Internal Capture Cards, but the one we recommend is Elgato Game Capture HD60 Pro. External Capture Cards are the easiest way to capture gameplay from the consoles. These capture cards are not bulky and can be carried easily.

You can attach an HDMI cable from the console to the capture card, & other HDMI from Capture Card to the monitor and USB to the PC for storing the gameplay footage.

Just like the Elgato Internal Capture card, I recommend Elgato HD60 S. You will be able to capture or stream your game at 1080p 60fps. This is the next-gen capture card by Elgato, which supports USB 3.0 type C Connection.

It has the convenience of streaming on Youtube, Twitch & more.

Refurbished Nintendo Switch is the one that the company has fixed, the faulty ones. These refurbished are sold only when they are quality tested by the manufacturers.

Maybe sometimes you would not get the box with it. As per other electronics, Refurbished products only have about 6-months of warranty. But, usually cost lower than the newer gaming console.

You can buy refurbished Nintendo Switch From their official website.

Nintendo Switch is a handheld console that comes with 4310mAh. Although it’s huge, it would degrade over the cause of time.

If you notice low battery every time, you’ve started playing games for a few minutes. Then I guess it’s time to replace Nintendo Switch. oGoDeal HAC-003 is one of the best battery replacement for the Nintendo Switch. It is exactly 4370 mAh & comes in with replacement tools to help you open and remove the battery safely from the Switch.

There is nothing more to say more about this product as it is perfectly compatible with your Nintendo Switch.

How To Replace Nintendo Switch Battery?

Step #1: Unscrew the screws from the back and the sides.

Step #2: Take off the back and unscrew the backplate protecting the motherboard and hardware components.

Step #3: Then disconnect the battery from the motherboard.

Step #4: Use the prying tool to remove the battery from the motherboard slowly.

Step #5: Connect the new battery; let the battery charge a little bit. Start the Nintendo Switch to check if the console is working.

Step #6: If it is working, then switch off the console. Then with the help of adhesive, stick the battery.

Step #7: Put the backplate and back panel with the screws.

I hope you liked this article on Nintendo Switch Replacement Parts.

If there are any doubts, you can comment down below. I would be happy to help you out. 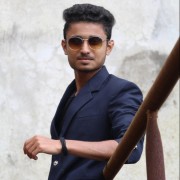 Bhushan is one of the best Burnout Paradide players within the Detective Gaming Team. Part-time freelancer and spends all his days on mobile Games or Joystick Games. But you can usually find him playing on his Nintendo Switch. How To Stream Nintendo Switch On Twitch – 2021