Before we start the Godot VS Unity comparison, it is necessary to know that Godot is a fairly new game engine released in 2014. Unity has been acquired by most of the game developers since 2005.

Unity would be my choice of the game engine for developing better mobile and indie games. Godot would be my choice to work with if I’m working on strategy games or 2D games. So, let’s have an in-depth look at both game development kits.

What are Game Engines?

Also, two of the most popular names are Unity and Godot when it comes to game engines. And let me talk about both of these game engines individually in brief:

Unity is one of the most popular game engines available out there. It was released back in 2005. Talking about Unity, it is a 3D/2D game engine that offers powerful cross-platform IDE.

Unity comes with most of the important built-in feature which makes a game work. This means it includes things such as physics, 3d rendering, collision detection, and others.

As a result, a game developer does not have to build these things by himself. Instead, the game developer can create a new project and import all game modules like the game physics and others.

The best part of Unity is that it has a thing called Asset Store. Over here, game developers worldwide upload their creations and make them available to the community. This makes game development faster and easier.

For example, let’s say that you want to get a rain effect in your game, but you don’t want to build it from scratch. In this case, you can head over to the asset store, and you will probably find the same effect that you are looking for. You can also find game controls and other game modules from the asset store only.

As a result, game development with Unity becomes much faster and easy. Godot is a new game engine compared to Unity as it was released back in 2014 by Juan Linietsky and Ariel Manzur.

Godot as a game engine is mainly oriented to both 2D and 3D game development. Also, it provides a wide range of tools for game development. It offers you tools like a built-in code editor, a graphics rendering engine, audio playback tools, animation tools, and more.

Also, over the years, Godot has gained a lot of popularity. As it is a cross-platform engine, it is getting tried out by many new game developers. Plus, Godot itself aiming pretty high to secure its place in the game development industry.

However, you should also know that Godot has not matched with Unity’s features or power regarding features and powerfulness. But as it is a new game engine, so we can skip criticizing it this time.

Both Godot & Unity have somewhat similar and differential game development process. Godot is open source and can be easily used for developing 2D games. However, Godot supports 3D game development but isn’t as effective as Unity.

Unity has a vast library of resources that you can use. You do not need to create any assets; you could import the available assets online.

You can easily develop games for gaming consoles like Playstation & Xbox with Unity. But with Godot, you are stuck with PC & Web (harder to port to console).

The question is: What are some of the most popular games developed on both of these game engines? To answer this question below, I have created a chart that will help you understand better.

Now coming to the pricing part, Well, Unity is not really free to use a game engine. However, if you are a beginner user of Unity, you don’t have to worry about paying for the software at this moment.

As you can download the free version of the program. However, the only catch is that your project revenue or funding cannot exceed $100,000 a year.

So as long as you are learning Unity or creating small games, you should not face any problem at all. The free version should be enough to try out all the Unity features and play around with the software.

As far as the paid version is considered, you will need to get yourself the Unity Pro Package, which costs $150 a month. The good part is that it comes with lots of additional features, which are not included with the free version.

On the other hand, talking about Godot – it is completely free to use a game engine. Godot uses the MIT license, which means that the developer does not own any project copyright.

So you can go ahead and download Godot and don’t need to worry about paying for the software ever again.

In addition to that, the Godot website itself offers you some of the best resources for beginners. It includes demos and tutorials, which will help you to get started with the game engine instantly.

When it comes to the learning curve, Godot is much easier to learn compared to Unity. And there are two reasons behind it. First of all, Godot has its own IDE.

Also, Godot uses a language called GDScript, which is quite similar to Python. Plus, the best part is that you can only write games in GDScript. This makes it extremely easy to learn compared to learning C++ or Python.

However, if you are an experienced user, then Godot can also be fully written in C++. Also, the 3.0 Godot release brings and C# and virtually any language to the party.

On the other hand, Unity is not so easy to learn.  First of all, Unity is uses the C# programming language. And learning it would be a challenge for most of the developers out there.

Also, if you are already not a developer or not a computer science student, you will face a lot of challenges while learning C#.

But if you pass the hardest part, then using Unity is extremely easy. With Unity, you can build anything you are planning to. But the catch is that you have to build everything by yourself. Of course, there is the Asset Store, which will make your job a little easier.

Also, there are several guides, courses, and a vast community that can get you started.

Overall, in the fight of Godot vs Unity, Unity seems to be the ultimate winner. It is one of the oldest game engines available out there. Not only that, but the most supported 3D engine ant is pretty convenient for 2D and mobile games.

On the other hand, Godot is relatively new, and it will take some time to get mature. And bring more features to the table.

But if you are starting up with game development and want your hands on something easy to learn, Godot is something you must be checking out. 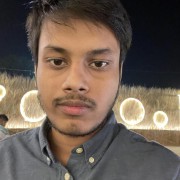